These were our children’s responses almost every time we told them we (all) were going to a sibling’s sporting event, performance, or academic event.  Usually they’d express themselves in front of the child whose ‘thing’ we were attending.  Their tone and attitude was generally some combination of whining, frustration, grumpiness, and resentment.

I understood.  They had no interest in the event, and it was their sister or brother they’d be watching…why would they want to do that??! Sometimes they acted like I was discreetly torturing them with this requirement.  Funny, I felt tortured to not get to simply enjoy watching an event, but instead to reply repeatedly, “It will be over soon/ not much longer/ stop that/ comeback over here…”

Some outings were fine.  They’d make a friend or see one there and hang out.
But I also made a strategy – much prayer (for the child and for me), positive strokes, and pointing out any other family doing the same thing (because “No one else makes their kids do this, Momma.”)

My answer to the innumerable times they asked, “Whyyyy??” was consistent – “To support him.  We’re his home team.  We’re doing this to encourage him.  I know you don’t want to go, but it’s what we’re doing.”

In other words, this is what our kids “knew” – We go to each other’s events.

However, as I trained them, I didn’t want them to become adults who attend their siblings’ events because “they should”.  I wanted them to grow to desire to go – because they really support and love each other in their heart.  My role was teaching, training and tons of prayer (“Lord, help her grasp the blessing that this is to her brother.”)  I depended on God to do the heart work in each child – and to help me exercise His grace.  We all had attitude “struggles” – thankfully the Lord is our Redeemer and Strength!

Early on, I was grateful if the children sitting with me behaved or didn’t complain.  Then one day during the elementary years, as I dropped Terrell off early before his game, he looked at me and asked, “Are Ellison and Cecilia coming?”  When I said yes, he smiled.  That moment made all those trying moments worth it. Gradually, each of them would ask things like, “Who all’s coming?” Push back was subsiding.  And everyone enjoyed being the recipient of an audience. 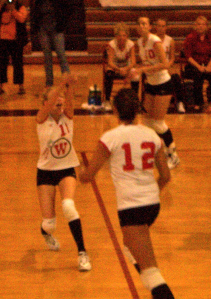 Then a huge change came.
When Cecilia was in the 9th grade, I told the boys (11th and 12th graders), “After your football practice, I want you to walk over to the gym for her volleyball match.”  Knowing they would be exhausted and hungry, I expected push back.  They both said, “Sure.”  I was stunned – no excuses or complaints.  “Thank you, boys; that means a lot to me and it will to Cecilia, too.”  When I left the room, I thanked God and cried.

There are many sibling trials but when those beautiful breakthroughs happen – wow.

“And I am sure that he who began a good work in you will bring it to completion at the day of Jesus Christ.” (Philippians 1.6)

Cecilia’s junior year, Terrell surprised her and drove 4 hours round trip to listen to her perform.  Her senior year, Ellison called me from college and said, “Mom, I want to surprise Cecilia and come to her play-off game tonight, but I’ll have to drive back right after the match.”  This spring Terrell and Cecilia drove 6 hours round trip in one day to celebrate Ellison’s entry into the Summerall Guard at The Citadel.  In each instance, I said, “You do not need to come”, and they said, “I want to.” 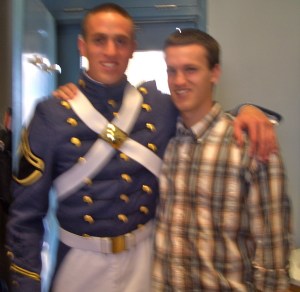 “Now to him who by the power at work within us is able to do far more abundantly than all that we ask or think, to him be glory in the church and in Christ Jesus to all generations, for ever and ever. Amen.” (Ephesians 3.20) 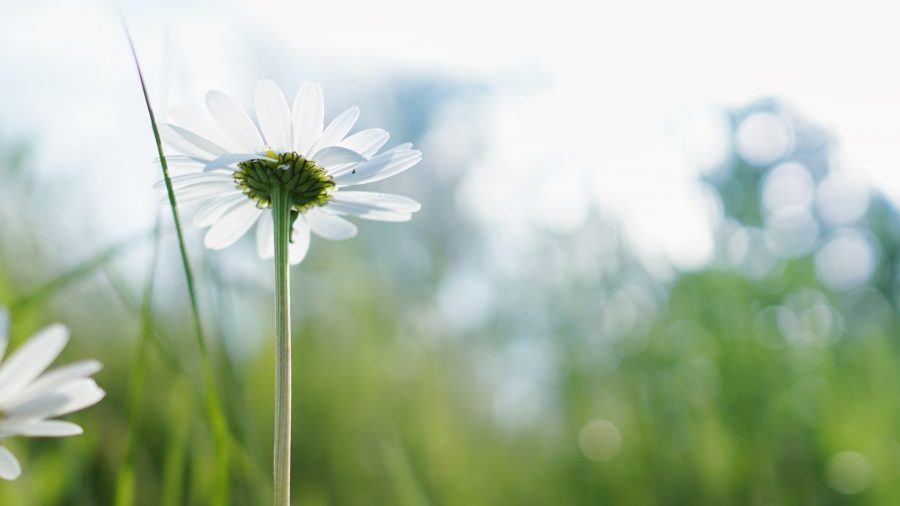